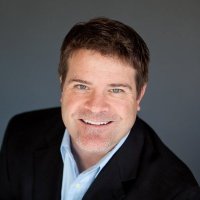 Ryan is currently a Senior Relationship Manager at AMG National Trust Bank and has 15 plus years of Treasury Management experience. He has previous experience at Colorado Business Bank, Heartland Bank, ANB Bank and Bank One.

In addition, Ryan is a high school lacrosse coach at Arapahoe High School, where he took his first coaching job in the Spring 1999. He also is an endowment committee board member at Shepherd of the Hills Lutheran Church.

He attended Arapahoe High School with Corey Fairbanks, where they both played on the varsity football team. Ryan went to CSU where he played college lacrosse his freshman year before transferring to the University of Alabama where he received his undergraduate degree.

Ryan is married with two daughters at Carl Sandburg Elementary. He and his wife come from families who are Colorado natives and have known one another since they were 6 years old.

Because of his friendship and history with Corey Fairbanks, and respects Corey’s vision and drive to create an opportunity that gives everyone a chance to participate in sports, he was thrilled to be given the privilege to be a board member for the Colorado Adaptive Sports Foundation.