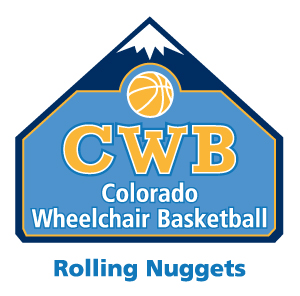 Wheelchair basketball is the most widely-played adaptive sport in the world for people with physical disabilities and has been played competitively in the Denver area since 1972. The Rolling Nuggets* program was formed in 1985 – one of the first wheelchair basketball programs in the country to be directly affiliated with an NBA team – and currently fields elite-level adult teams in the Men’s Championship Division and Women’s Division of the National Wheelchair Basketball Association (NWBA), as well as the Junior Rolling Nuggets of the NWBA’s Junior 10’ Division. Colorado’s youngest aspiring athletes, aged 6-12, learn the game as part of the Prep Rolling Nuggets.

The Rolling Nuggets represent the state of Colorado with pride, competing against other NWBA teams from all across the United States. The Rolling Nuggets men’s and women’s teams have each captured national championships and have sent several players to compete at the Paralympics and other global wheelchair basketball competitions as part of the U.S. National Team. 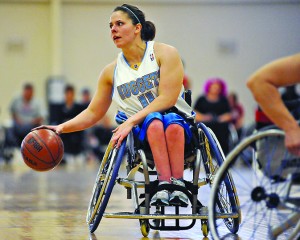 Learn more about each Rolling Nuggets team and its players by following the links below:

If you are interested in playing with one of the Rolling Nuggets teams or have questions about our program, please feel free to EMAIL US.